Nuclear-21, in partnership with EVOCATI Consulting Alliance and Nuclic, created the dutch branch of Nuclear-21 since 2022. We were proud to issue the report , including contributions from DNV and STORK, on the prospects and challenges for nuclear energy, particularly Small Modular Reactors (SMRs), in the Province of Limburg.

Mr. Claude Jaouen and Luc Van Den Durpel participated to the KIVI symposium on “Nieuwe Kernenergie: wat is er nodig?” (New nuclear: what is needed?”) held in Utrecht on riday October 28th ’22. More than 100 participants attended the very interesting presentations and contributed to the lively discussions. A summary can be found on the website of KIVI.

Mr. Claude Jaouen presented with confidence the lessons learned from previous newbuild programmes in Europe essentially and what the main de-risking actions are in preparing such newbuild programme. His presentation is available.

Based on our report for Province of Limburg, we’re projecting the capacity to build mini-SMRs by 2030 and SMRs by 2035 addressing the growing energy needs and based and conditioned on a strengthening nuclear programme in the Netherlands. 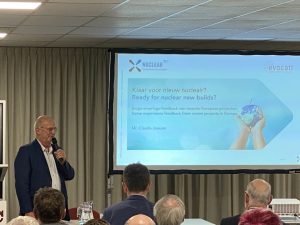 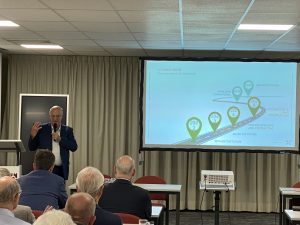 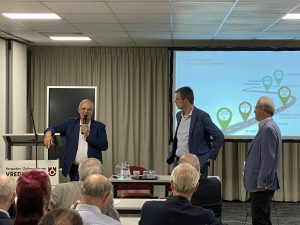